JFK Was a Mighty Warrior for Indian Country

In 1960, in what was to be one of the closest presidential campaigns in American history, Kennedy campaigned on the promise of real human rights. His platform called for a higher minimum wage, medical care for the elderly, higher teachers’ salaries, low-income housing, and an end to chronic unemployment. In a letter to Oliver La Farge, President of the Association on American Indian Affairs, Kennedy wrote that he wanted an America in which “there would be no room for areas of depression, poverty, and disease.”

While Kennedy may be long remembered for his idealistic vision he called “the New Frontier”, he also should be rightly remembered for his contributions to American Indians and Alaska Natives. The 1960 election between Kennedy and a young Richard Nixon closely divided a country coming off of eight years of a Republican Eisenhower Administration. Indian country hadn’t fared so well during those years – sixty-four tribes were terminated by the time the presidential campaign was underway.

Kennedy, however, chose to throw his weight behind Indian country. He called for an end to Termination and he pledged to “end practices that have eroded Indian rights and resources, reduced the Indians’ land base and repudiated Federal responsibility.”

During the campaign Kennedy famously promised that:

“My administration would see to it that the Government of the United States discharges its moral obligation to our first Americans by inaugurating a comprehensive program for the improvement of their health, education, and economic well-being. There would be no change in treaty or contractual relationships without the consent of the tribes concerned. No steps would be taken by the Federal Government to impair the cultural heritage of any group. There would be protection of the Indian land base, credit assistance, and encouragement of tribal planning for economic development.”

Kennedy’s platform marked a real change in the direction the Country would take on Indian affairs. His outreach to the National Congress of American Indians, Association on American Indian Affairs, the Friends Committee on National Legislation sparked hope that Indian tribes would soon see the day when they would gain the human right of self-determination. In fact, days after Kennedy’s narrow election victory, the National Congress of American Indians, which was meeting in Denver, called its annual convention “Self-Determination, Not Termination”.

In the summer of 1962, President Kennedy hosted a gathering of tribal leaders at the White House. He greeted them by recognizing that their mission “reminds us all of a very strong obligation which any American, whether he was born here or came here from other parts of the world, has to every American Indian.”

His words were met with a sincere and heartfelt blessing from Dennis Bushyhead, a member of the Cherokee Nation of Oklahoma, who replied, “It is our fervent hope and our prayer that the Great Spirit will put His hand upon your capable shoulders as you guide the Ship of State of this glorious republic through the troublesome waters that lie ahead to the end that someday we will have a healthful, a happy, and a peaceful world.”

The power of Kennedy’s vision originated in his love of ideals. That idealism is fully on display in his 1963 call for the Civil Rights Act, in which he asked, “The heart of the question is whether all Americans are to be afforded equal rights and opportunities, whether we are going to treat our fellow Americans as we want to be treated.” It was that same belief in equality that also guided his Indian policy.

While Kennedy did not live to see his plans for Indian country come to fruition, his message and his ideals lived on. His brother, Robert F. Kennedy, worked tirelessly and campaigned on improving the future of all Indian people. And it was his vice president, Lyndon Johnson, who as president was the first to call for a concrete national policy of Indian Self-Determination in his 1968 Special Message to Congress.

The good news today is that American Indian and Alaska Native tribes are rebuilding this nation from the inside out, that we are restoring their own economies, and that are creating the housing, schools, and justice systems for our own people. And all of this stems from the recognition of the inherent right of self-determination. Which started with President Kennedy. So, as we enter a new age, an age in which we ask the United States to adopt and implement the Universal Declaration of the Rights of Indigenous Peoples, let us never forget power of ideas and the legacy of an idealistic President. 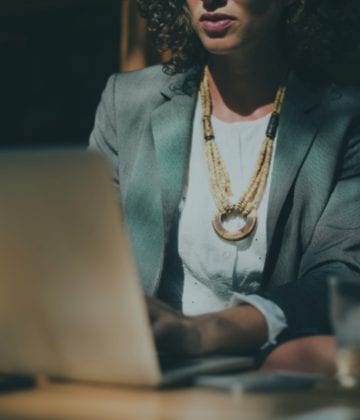