Protecting and Preserving Indigenous Communities in the Americas

“You must first change the way people think.” That was the wisdom passed to a representative of the Washoe Tribe by an indigenous Buryat monk from the Russian state Buryatia, discussing how to protect Lake Baikal and the lands and natural resources of cultural importance to the indigenous people that region in southern Siberia.

Notwithstanding international norms and national laws to protect indigenous peoples’ customary use and tenure of their lands, persuading nonindigenous authorities and businesses to respect these rights demands innovative strategies that blend a variety of approaches and tools. As economic globalization introduces commerce to new regions and private actors seek to exploit new resources, indigenous peoples’ cultural identity and very survival may hinge upon their ability to design new tools and breathe fresh life into existing mechanisms to change the thinking of governments, businesses, and the public at large.

Many places sacred to indigenous peoples are sources of both material and spiritual sustenance. Harvesting certain crops, catching a particular fish, or hunting certain animals reflects both economic needs and sacred customs. By guiding the public to a new understanding of the environment and the continuing relationship of the indigenous people to the land, indigenous communities have shown that it is possible to change the way people think. The Washoe Tribe, for instance, has successfully expanded its authority and responsibility with respect to its place of origin, Lake Tahoe. Through public relations, economic development, and environmental restoration activities, the tribe has emerged as an equal partner with the states of California and Nevada in the planning and management of the Lake Tahoe region.

Throughout North and South Americas in recent years, indigenous peoples have been confronted by initiatives that pose devastating consequences. With accelerating frequency, state and private actors enter indigenous territories to extract resources, develop energy, promote recreational and tourism activities, and expand industries. These activities often take place without consulting or benefiting indigenous communities. While beneficial opportunities for indigenous people may have emerged in some cases, a recent World Bank study shows indigenous poverty rates in Latin America as unchanged in the last decade. Indigenous children get less schooling, go hungry more often, and have less access to health care. Rather than improve these conditions, commercial activities often expose indigenous communities to hazards, risks, and wastes that contaminate their lands and interfere with their access to the cultural- and life-sustaining resources found in their traditional territories.

F. Michael Willis and Tim Seward are both partners with the law firm of Hobbs, Straus, Dean & Walker, LLP 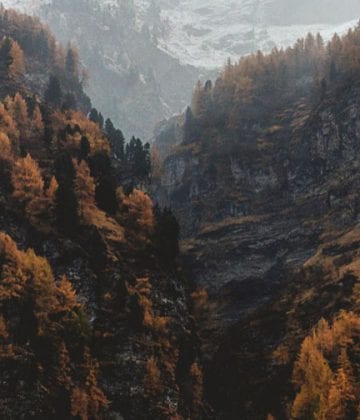 Due Process and Public Participation in Tribal Environmental Programs