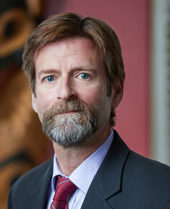 Steve Osborne joined Hobbs Straus in 2002 as a law clerk, and became an associate in 2003. He works primarily on issues arising from the negotiation, performance, and enforcement of tribal contracts and compacts under the Indian Self-Determination and Education Assistance Act (ISDEAA). He also practices in fields as diverse as finance, trust reform, and litigation. Steve has provided technical support to national tribal-federal work groups addressing contract support costs, data management, and transportation issues.

Steve’s accomplishments include work on a $300 million tribal bond issue that resulted in the financing of a Seneca Nation hotel-casino expansion in Niagara Falls. He assisted in the Firm’s successful litigation which resulted in the recovery of unpaid contract support costs from the federal government for the Seldovia Village Tribe. Steve also helped secure several court rulings interpreting the ISDEAA favorably to tribes. Additionally, he worked on the drafting and approval process for corporate charters, SBA 8(a) status, and 501(c)(3) tax-exempt status.

Prior to law school, Steve taught literature and writing courses at UCLA, Boise State University, The College of Idaho, and the University of Washington. He also served as the technical editor for the Idaho Department of Environmental Quality. While earning his law degree, he served as a research assistant for the Northwest Water Law & Policy Project, clerked for Hobbs Straus and for a Portland energy law firm, and served as form and style editor for Environmental Law.

Steve and his family enjoy sports, music, theater, and dance. Steve is a guitarist and runner who coaches his daughters’ soccer and basketball teams.