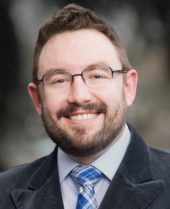 Adam Bailey, an enrolled member of the Choctaw Nation of Oklahoma, joined Hobbs Straus as an associate in February 2013. He is a 2011 graduate of the UCLA School of Law, where he received his J.D. with a specialization in Critical Race Studies. During law school, Adam was an active member and officer of NALSA. Adam worked on UCLA’s Journal of Environmental Law and Policy and the Dukeminier Awards Journal on Sexual Orientation, Gender Identity, and the Law. Adam was a term-time clerk for the Hualapai Court of Appeals and the Hopi Tribal Appeals Court. He was also a member of the UCLA Law Review, where he was selected to be a Senior Editor. He authored his student note entitled Threading the Needle: The Fort Peck Tribe’s Associate Membership: A Modern Model for Tribal Affiliation.

Adam has returned to Hobbs Straus, having worked for four years in the firm’s Washington, D.C. office as a legislative specialist before enrolling in law school. Prior to his previous work at the firm he served as a legislative associate for the National Congress of American Indians. Immediately after graduation from the UCLA School of Law, Adam practiced labor and employment law for Sheppard Mullin Richter & Hampton.

Outside of the office, Adam enjoys fishing and hunting, hiking, cooking, traveling, keeping current on news and politics.