Hall and Stearns: We just got $2 billion for economic development – let’s use it

As the debate over the impact of President Obama’s economic stimulus bill rages in Washington, we want to call attention to an unprecedented source of $2 billion in funding for tribal economic development projects. The stimulus bill authorizes American Indian and Alaska Native tribes to issue tax-exempt Tribal Economic Development bonds in an aggregate amount of $2 billion over the next two years.

There is a catch – the Treasury Department only recently issued guidelines for the tribal bonds and then set an application deadline of Aug. 15 – that’s less than five weeks away – for tribes to submit applications for the first copy billion in available bond authority.

The upside is that the new tribal bonds are not subject to the old restrictive rules that governed past tribal bond issues. A tribe may apply for up to $30 million in bond authority that it can then use to finance the construction of hotels, tourism centers, energy projects, golf courses, housing projects, and sports and entertainment venues. Tribes can also use the new bonds to “refund” or refinance previously issued bonds. What the new bonds do is finally offer tribes a chance to take advantage of tax exempt bonds the same way that states and local governments have been doing for decades.

The Treasury Department will simply allocate the bond authority among all the tribes who submit applications. In other words, the door is wide open, but tribes will need to work quickly with their financial and legal advisors to:

Keep in mind that a tribe that applies for bond authority by the Aug. 15, deadline for the first round of funding, has to issue those bonds no later than the end of 2010. If it doesn’t, it forfeits its right to issue bonds. So it’s critical for tribes to have a solid financial plan of action and a good team of advisors on its side.

The second round of funding starts Aug. 16, and ends Jan. 1, 2010, a period of just four-and-a-half months. The Treasury Department said it may stick to the $30 million per tribe limit for the second round, but reserves the right to raise, lower, or do away with the limit.

The good news for Indian country is that tribes can enter into joint projects with other tribes by combining their own bond allocations with the allocations of other tribes. In other words, if three tribes went in on a joint tribal project and each tribe received $30 million in bond authority, together they could raise $90 million through a bond issue. There are some tighter restrictions on the kinds of projects that can be financed under this scenario.

The new rules also allow a tribe that receives an allocation to use an agent – another tribe, for instance – to issue bonds on its behalf and then loan the money back to the tribe that initially received the allocation. So-called bond pool financing allows smaller tribes or tribes with lower borrowing requirements to reduce their underwriting costs and benefit from greater bond ratings which translate into lower interest rates.

These last two options are very important because of the historical and institutional hurdles that smaller or poorer tribes face when it comes to issuing bonds. But it is those tribes who need the money the most.

Of course, every silver lining has its cloud, and the major drawback to this program is the lack of federal enhancements – that is a source of federal financial backing that would help a tribe guarantee that it could meet its interest payments. We think the Treasury Department and the Interior Department should work with Indian country to utilize loan guarantee programs – across the administration – to offer support to tribal bond issues in order to make those bonds attractive to market investors.

The bottom line is that tribes should seize the financing opportunities available to them through Tribal Economic Development bonds. If they do, they will be in a far better position to control and direct their own economic fortunes and create jobs than they would be if they stand back and rely on the formula funding, BIA spending, or state discretionary spending contained in the rest of the economic stimulus bill.

Tex G. Hall is the chairman of the Inter-Tribal Economic Alliance, past-president of the National Congress of American Indians, and past-chairman of the Mandan, Hidatsa & Arikara Nation. 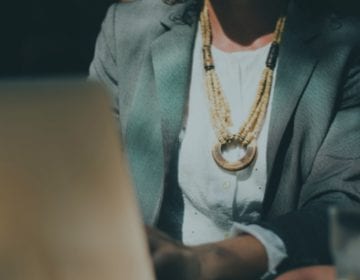 Taking From Indians Is a Time-Honored American Tradition